Dwarfs, gnomes, fairies, talking animals, and an evil queen – all these and more can be found in The Warble, an enchanting tale of adventure and friendship.

Twelve-year-old Kristina Kingsly feels like the most unpopular girl in her school. The kids all tease her, and she never seems to fit in. But when Kristina receives an unusual Christmas gift, she suddenly finds herself transported to the land of Bernovem, home of dwarfs, gnomes, fairies, talking animals, and the evil Queen Sentiz.

In Bernovem, Kristina not only fits in, she’s honored as “the chosen one” the only one who can release the land from Queen Sentiz’s control. But it’s not as simple as it seems. To save Bernovem, she must place the gift she was given, the famous “Warble” in its final resting place. And she must travel through the deep forest, climb a treacherous mountain, and risk capture by the queen’s “zelbocks” before she reaches her destination. Guided by her new fairy friends, Clover and Looper and by Prince Werrien, a teenage boy, as well as an assortment of other characters, Kristina sets off on a perilous journey that not only tests her strength but her heart. 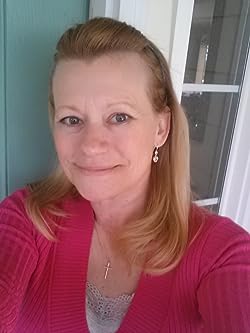 Victoria was born in Scarborough, Ontario, Canada, to an Austrian immigrant mother, and a Dutch immigrant father. She now resides in Western Washington. Besides being an author, Victoria is also an elementary school art teacher. Victoria enjoys writing, reading, painting watercolors, hiking and good movies. Victoria is the author of The Warble and The Shard.

I just finished reading The Warble (The Bernovem Chronicles Book 1) by Victoria Simcox.  WHAT A TREAT! There are so many young adult fantasies on the market I rather expected more of the same.  Needless to say, I was very pleasantly surprised!

When I read books like this I consider whether it is one that I would give to my son who is age ten and very fond of the action/fantasy genre.  Rather than having to read this from a child’s perspective, I was swept up into the finely etched characters, the richly depicted story and fluid action.  I love movies and this book plays like a large scale, big budget fantasy epic of the best kind!

The mythical Bernovem is depicted with such detail that you feel like you are actually there.  Filled with the trappings you come to expect from the genre yet filled with a breath of freshness, familiar yet strikingly original.  Kristina, our heroine is both spunky and likable, very endearing for the reader.

This tale comes complete with heroic prince, an evil queen with an army of horrid Zelbots and an oppressive spell cast over the land to excite the mind and imagination of both boy and girl (yes, and even adult).  There is more to Kristina than meets the eye.  Will she be able to fulfil her grand purpose and free Bernovem from the insidious Queen Sentiz? From the introduction of the mysterious hatbox presented to Kristina through to the exciting conclusion of this adventure, The Warble promises much.  I am happy to say that it also delivers much.  The Warble will propel your imagination into hyper-drive!  I can’t wait to share it with my son!  A definite 5 stars!

~The Warble (The Bernovem Chronicles Book 1)