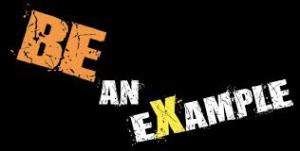 Marriage is a public demonstration of Christ and the church to people who may never set foot in church. Your marriage sets an example to others. If you are cultivating and bathing your marriage in spiritual disciplines, the difference will be very clear to others. They may not understand why the difference, but they will see the difference. Your example should pave the way to explaining the “why” to those who would inquire. Your relationship should be a testimony of what Christ has done in your life, I’m not talking about perfection, I’m talking about putting forth the effort. Does your marital walk match your spiritual walk?

Marriage is designed to be an honorable endeavor.

“Marriage should be honored by all, and the marriage bed kept pure, for God will judge the adulterer and all the sexually immoral. Keep your lives free from the love of money and be content with what you have, because God has said, “Never will I leave you; nor forsake you.”  Hebrews 13:4-5

Do you set an honorable example? Do you display integrity in your relationship? Are you a man or woman of your word? We demonstrate great hypocrisy if we teach and proclaim a certain set of moral or ethical values, yet behind closed doors we do not live up to those beliefs. How much more troubling when we represent God to the world around us yet lead a double life of selfish desire. The person who acknowledges the damage pornography can have on a marriage but continues to gratify themselves on the Internet does not display godly integrity. Again we come back to the example we are setting in our marriage: an example to our children, our families, and the world.

Marriage is not exempt from suffering. Some of you may be saying to yourself, “Marital suffering, that I understand. I’ve done plenty of it!”

“The Spirit himself testifies with our spirit that we are God’s children. Now if we are children, then we are heirs—heirs of God and co-heirs with Christ, if indeed we share in his sufferings in order that we may also share in his glory.” Romans 8:16-17

In your marriage, remember that when one of you suffers, you both suffer. Our responsibility is to be of support and encouragement to our mates. Plenty of people are willing to tear you down, but you should never be your partner’s enemy, for you are called to be a team. This is not to say that marriage does not hold times of great joy and gladness (Jeremiah 33:11). Marriage has the potential to be one of the most gratifying decisions you ever make.

How do you respond to your spouses “times of suffering”? Are you supportive? In what ways? Are you annoyed or made uncomfortable by the tears/frustrations of your spouse? Why? Men, do you rush to “fix” your mate rather than take the time to listen? What are some action steps you could take to be more attentive to your spouse’s emotional struggles?

Marriage is an opportunity to learn how to love another. For many, this is no small task. Depending on our background and upbringing, we may not have had love demonstrated to us. This can make it very difficult when we try to show someone the love that we never received. It becomes important to understand and accept that God loves us unconditionally. There is nothing we can do to earn it. God’s love is a free gift, no strings attached.

“For God so loved the world that he gave his one and only Son, that whoever believes in him shall not perish but have eternal life.” John 3:16

Can you possibly imagine sacrificing your child for the good of another? This wonderfully summarizes how much God has done for us and how much he truly loves his creation. Love is a fundamental element in growing and nurturing our relationships.

If affection is a sore spot for you because of past sexual trauma, I want to encourage you to take the steps necessary to get the healing you deserve. There are many great Christian counselors in your area who want to help you bring your BEST self into your relationship. To obtain information or seek a counselor in your area go to the AACC (American Association of Christian Counselors) website @  http://www.aacc.net

How are you at demonstrations of affection? How was affection show in the family in which you were raised? Do you think that displays of affection, not simply sex, are important to your mate? Talk to your spouse and assess how you are meeting each other’s love needs. Odds are you will find areas in which you can be more attentive.

Marriage was designed to be a permanent commitment to one another before God.

“For this reason a man will leave his father and mother and be united to his wife, and the two will become one flesh. So they are no longer two, but one. Therefore what God has joined together, let man not separate.” Matthew 19:5-6

It’s the idea of taking two pieces of plywood and gluing them together. Once the glue has set, try to separate the two sheets. It’s impossible to do so without causing irreparable damage to both pieces of wood. You will also note in this passage that Jesus speaks of leaving father and mother. Couples are to be bound to one another, with God as the glue. This is why there are often problems when one spouse wants their family to be the other partner in the relationship rather than the spouse they married. This causes nothing but dissention and can undermine the marriage commitment. There is nothing wrong with input from the in-laws, but do not give them sole authority in the relationship with your mate. Let them attend to their own marriages; you attend to yours.

To solidify God’s intention that marriage be permanent, read Romans 7:2-3. God’s intent was that, ideally, death should be the only circumstance that dissolves a marriage. He means for marriage to be a lifelong commitment.

Is there evidence in your relationship that there are still chains from the past that prevent you from totally committing to your marriage? What does that evidence look like? Do you see cracks in your marital foundation because of ties to things other than your spouse? What steps can be taken to reduce these outside interferences?

Tagged as Marriage by Design